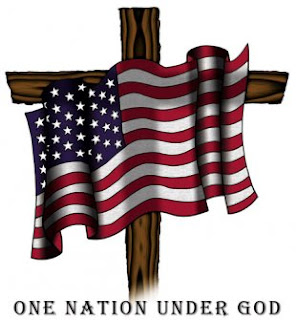 Just as the New Age Movement of the 1980s morphed into today’s progressives, the Reconstructionists of that decade still exist but shy away from labels. The beliefs of both remain intact. The Recons of the 21st century can be seen in groups like the Tea Party – political activists who wave the American flag over President Trump. They have a better argument than the other religious factions for claiming to be the secret to his election victory.

As the Catholic apologist pointed out, the Protestant view of the end times is similar to their own. Both the Catholic Church and the denominations that broke off from the mother church take their eschatology from Augustine, author of The City of God. Both deny the biblical view that Jesus will return and establish the Kingdom of God on earth for 1,000 years, ruling out of Jerusalem – when the “New Jerusalem” comes down out of heaven. The former are A-millennialists and the latter are Post-millennial.

The author of The Late Great Planet Earth, Hal Lindsey, explains the difference:

“By the time of Augustine (A.D. 354—425), the famous Bishop of Hippo, Origen’s system of interpretation dominated the Christian scene. But it was Augustine who systematized the allegorically based teachings into a cohesive theology that would dominate the Church for over a thousand years. Even the Reformers continued to hold most of his views, including his allegorically based, unrefined eschatology. The Roman Catholic Church… instituted the teaching that they were the inheritors of the Kingdom promised to Israel and therefore must take ultimate authority over the political powers of this world. “ [The Road to Holocaust, pp 9-10)

The Catholic A-millennialists  saw no future reign of Christ on earth; saw His second coming as marking the end of history. That would be one big resurrection of all people who ever lived, good and bad together and then the final judgment and all would go to heaven or hell.

Lindsey defines Post- millennialism as the theory that “states that Christ will come only after the Spirit-empowered Church has established God’s Kingdom on the earth by progressively subduing the world and taking dominion over it.” Both A & Post- millennialists “believe that the present age is the Kingdom of God and understand the word millennium only in a symbolic sense. The major difference between them is that Postmillennialists believe the Kingdom of God is not just a spiritual reign of Christ in the hearts of believers, but an actual reign of the Church over all society in this age… they have transferred to the Church all of Israel’s covenants and promises concerning a global Theocratic Kingdom, and shifted the time of their fulfillment to before Christ’s Second Advent rather than after it.” [Ibid. pp 28-29]

Both Catholics and mainline Protestants kept eschatology on the back burner for hundreds of years until the rebirth of the belief in Pre-millennialism - the view of the imminent return of Christ – had its zenith in the mid-twentieth century. Although this was the view of the ancient church for the first three hundred years of the Church, the old guard saw it as a threat to their own church membership. In fact, many became downright hostile to teachers like Hal Lindsey and other scholars out of Dallas Theological Seminary that taught the Dispensationalist view of end times.


Dispensationalism views Revelation as a book of future events, taken literally, yet acknowledging its use of symbolism and typology in its apocalyptic language. From the study of the prophetic books of the Bible, both old and new testaments, and the words of Jesus in the Gospels, came the clear teaching of a literal 1,000-year-reign of Christ on earth following a 7-year time of trouble called the Great Tribulation in which the devil, in the person of the Antichrist, would be in charge of a global government.  God’s wrath would be poured out on him and his followers during that time until most life on earth would be destroyed. Then Jesus would return with His saints that had been taken up bodily into heaven in the Rapture of the Church and the devil would be bound for a thousand years during the newly established Kingdom of God on earth.

In response to that teaching, mainline Protestants came up with an alternative interpretation of Revelation called Preterism, which views the events in the apocalyptic books as allegorical -- describing past events of Bible history. Preterism became the remedy to what they considered End Times Fever. It took some real Scripture twisting to project their desired eschatology into the Bible, but they sure made it sound scholarly.

The biggest name in Reconstructionism is Dr. Rousas Rushdoony (1916-2001) a Presbyterian minister and author of over thirty books. He founded the Chalcedon Foundation. His high-minded plan for Christianizing modern society is in his Institutes of Biblical Law, published in 1973. He was assisted by his son-in-law Gary North who served as editor of The Journal of Christian Reconstruction until the two split over some doctrinal differences in 1981, according to Lindsey.

Both men fell off the scene at the turn of the century: one died, and the other’s reputation was shot after loudly promoting the hysteria of the time, the Y2K scare. He had Christians in a panic that at the turn of the century, New Year’s Eve, 1999 at the stroke of midnight, all computers would shut down due to the date no longer starting with a ’19.’ There would be blackouts, airplanes would fall from the sky, and every modern contraption that uses computers would cease to operate. Planetary chaos would ensue.

North referred to Pre-millennialists as ‘pessimillennialists,’ since he saw them losers for not having a victorious view of their mission. His associate, David Chilton spelled out their dominionist aspirations:

“The Bible gives us an eschatology of dominion, an eschatology of victory. This is not some blind, ‘everything-will-work-out-somehow’ kind of optimism. It is a solid, confident, Bible-based assurance that, before the Second Coming of Christ, the gospel will be victorious throughout the entire world.’” [Quoted in Road to Holocaust, pg. 41]

North calls the beliefs of the faithful Bride, “escapist religion.” He explains what he means by that:

“This is the second great tradition of antichristian religion. Seeing that the exercise of autonomous power is a snare and a delusion, the proponents of escapist religion have sought to insulate themselves from the general culture – a culture maintained by power. They have fled the responsibilities of worldwide dominion, or even regional dominion, in the hope that God will excuse them from the general dominion covenant… The basic idea lying behind escapist religion is the denial of the dominion covenant… This rival religion proclaims peace because it has little interest in the systematic efforts that are always required to purify institutions as a prelude to social reconstruction. In short, escapist religion calls for flight from the world…” [North, Liberating Planet Earth: An Introduction to Biblical Blueprints, Dominion Press, 1987]

There is nowhere in Scripture that calls on the Church to rule the world. The only dominion given to man in the Bible is in the book of Genesis when God gave Adam dominion over the animals. He never gave man dominion over other men as any sort of spiritual mandate. These people are so self-deluded. Rather than growing in power and influence in the world, Jesus told us the world would hate us just as it hated Him. And the Apostle John reminded us of that fact: “Do not love the world or the things in the world. If anyone loves the world, the love of the Father is not in him.” – 1 John 2:15

North’s ridicule of biblical Christianity could very well have played a role in the LORD removing him from any influence. His feet are firmly planted in this world, as can be said of all Reconstructionists, but the true believer is a citizen of Heaven from which we eagerly await our Savior, the LORD Jesus Christ. That’s not escapism, that’s “the Faith once and for all delivered to the saints.”


Unfortunately, the dominionist aspirations of North and Rushdoony are alive and well on planet earth, although under a different label. In the forefront is a group called the Coalition on Revival (COR), a Reconstructionist group pushing the belief that churches, working in unity, could impose the Old Testament laws upon believers and unbelievers alike. Thirty years ago they produced a large document called “A Manifesto for the Christian Church: Declaration and Covenant,” that was distributed to many churches and para-church organizations, mostly those of the Reformed (Calvinist) and Protestant camps. In fact, COR’s website is www.reformation.net, since the unfinished reforms of the Catholic Church in the Reformation of the 16th century is their badge of credibility.
One of the aims of the Manifesto is to get all of Christendom to work together to accomplish a new Theocracy, with them at the top. They push a unity with all and envision a hierarchy to which all must submit.  They summarize it in what they call “A Plan” (same term used by the New Age movement), which says that the church (generic) needs to be taught: “The need for and strategy to achieve the restructuring of society – in the home and in the fields of law, government, business and economics, education, the media, the arts, science and medicine, etc. – that all these fields may be brought under the Lordship of Christ and operate according to the principles of the Bible.”

One of the points in the Manifesto clearly shows an opposition to Premillennialists, an attitude upon which all dominionists find common ground. It lays it out like this:


“We have concerned ourselves more with Heaven, the future, and escaping this world at Christ’s Second Coming, than with preparing His Bride to be spotless, beautiful, glorious, and pleasing to Him when He comes.”

“We believe that it would be strategically wise for the sake of getting God’s will to be done on earth to seek to reclaim America and reset her on the biblical law base on which she was originally founded. From a reborn and rebuilt America could be launched an increased missionary explosion and the exportation of Christian-influenced business, government, art, and technology.”

If you look at the magazine, Christianity Today, you can see the fragments of COR from cover-to-cover.

COR’s recommended books to help church leaders along include, Taking Our Cities for God, by John Dawson, Creation House, The Harvest, by Rick Joyner, MorningStar Publications, The Church Triumphant at the End of the Age, by Nate Krupp, Destiny Image Publishers; Winning the Battle for the Minds of Men, by Dennis Peacocke, Alive and Free Publishing and a variety of books and manuals by Reformed writers. The point in placing books by charismatics into the list, no doubt, is to sell the dominion mandate to them. Unfortunately for COR, they did such a good job of it that those they were trying to convert, broke free and began their own Kingdom-Now efforts, excluding the Reformed camp, plagiarizing much of the theology that the Reconstructionists already worked out.

The charismatic alternative to COR, the New Apostolic Reformation (NAR), is headed up by a group of men and women, claiming to be the new prophets and apostles (something that would cause the Reformed camp to cringe), that replaced the Manifesto with what they call The Seven Mountain Mandate. It has the same Kingdom-Now aims, but with a ‘prophetic’ vision tacked on – another competing New World Order to the New Age-inspired globalists, the Roman Catholic Church, and the Protestant Reformers. They too have grand plans for President Trump.