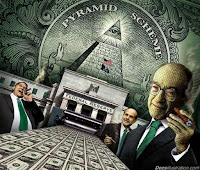 The term, New World Order, is a very familiar phrase. It has been bandied about by the United Nations, various former presidents, and all the known and lesser known secret societies. The concept of a global government is no longer merely a vision of new age psychics and occult practitioners. It has now gone mainstream. Most people promoting the NWO are clueless as to its esoteric concepts. They have an ideological view of Star Trek’s Federation of Planets and see it as the next logical step in the advancement of the human race.

The political left around the world promote an end to borders, a redistribution of wealth, a world government with a global tax, an end to national sovereignty and patriotism, and a socialistic rule that ends or at least curtails capitalism. Freedom of speech goes only as far as the global agenda permits. Tolerance is their rallying cry – tolerance for all but for those that have a competing worldview. The anthem for the NWO is the late John Lennon’s song, Imagine.

The founding mothers and fathers of this secular new order are various theosophists, occult practitioners, Jesuits and so-called enlightened ones. The familiar names include Alice Bailey (1880-1949), Manly P. Hall (1901-1990), Francis Bacon (1561-1626), Pierre Teilhard de Chardin (1881-1955), and Aleister Crowley (1875-1947). Their teachings of the ultimate New Age of Enlightenment in which peace is brought about via world government, with a little help from the space brothers, have been handed down over the ages.

An online description of Alice Bailey’s book, A Treatise on Cosmic Fire, (Lucis Publishing Company, June 1, 1973), summarizes the teachings that describe this coming cosmic era that follows what they call “The Plan”:

“A large section of the book is directed to a detailed exposition of Solar Fire, the Fire of Mind, since this is the dominant energy to be understood and controlled during this second solar system. Among other values, the book provides a compact outline of a scheme of cosmology, philosophy and psychology which serves as a basic reference and text book. It is part of a set of 24 books by Bailey, written in collaboration with a Master of the Wisdom. These books constitute a continuation of the Ageless Wisdom, a body of esoteric teaching handed down from ancient times in a form which is always suitable to each period. Intended to precede and condition the coming era, the Alice A. Bailey writings offer an unparalleled spiritual approach to such subjects as the teaching on Shamballa and the Path of spiritual evolution; the spiritual Hierarchy, the new discipleship and training in meditation as a form of service; the teaching on the seven rays and the new psychology of the soul; and the common thread of truth linking all the major world faiths… The spiritual Hierarchy, we are told, works only through the minds of disciples, using the science of impression, and only for the purposes of The Plan.”

The Order of Freemasonry sits at the top of the new age pyramid and is behind the symbols on the American one-dollar-bill. The goal of the NWO is clearly seen – an idea we all carry around in our wallets. The words shown, "Novus Ordo Seclorum" translates to "A New Order of the Ages." And the all-seeing eye on top of the pyramid is the most sinister sign of all. Yet Hollywood singers and actors love to use this symbol on their attire and making the sign of spread fingers over one of their eyes in their videos and photos.

To get a better understanding of what the pyramid symbolizes, we need to look no further than the historian of esoteric knowledge, Manly P. Hall. At the end of his book, The Initiates of the Flame, Hall reveals the mystery of the pyramid.

“On the very top of the great pyramid is a comparatively flat place about thirty feet square. In other words the true stone which is the head of all the corners is missing. If we look at the reverse side of the United States seal, we find again the pyramid from which the top is separated. Omar Khayyam, the Persian Poet, gives us the secret of the keystone when he says: “From my base metal shall be filed a key, Which shall unlock the door he howls without.”…This stone is the spirit in man, which fell from its high position, and has been lost beneath the rubbish of the lower man. This is the true cap stone that is now hidden in the pit of man’s temple, and which he must exhume and place again as the true crown of his spiritual pyramid. He can only do this when he calls the thousands of workmen within himself together and binds them to the service of the higher man. There must be no traitors to murder the builder this time. And Lucifer, the one rejected by man as the devil, is the one who must through the planet Mars send man the dynamic energy which man himself must transmute from the fire of passion to the flame of spirit. He then must take the tools of the craft and cut and polish his own being into the cap stone of the Universal Temple.” (pg. 81-83)

Hall and other initiates point to Francis Bacon (known to have been associated with King James, the originator of the King James Bible) as the guy who influenced America’s founding masonic fathers. According to Wikipedia, Bacon “was an English philosopher, statesman, scientist, jurist, orator, and author. He served both as Attorney General and as Lord Chancellor of England.” Some deny Bacon’s influence, but it would explain the symbols in America’s monuments and seal. America, it seems, is the focus of the coming NWO. The fight for position in the global authority depends on who controls the United States that was built on the promise of the Novus ordo seclorum. The Order of the Rose, the Rosicrucians, connect Bacon to their occultic movement.

“The Rosicrucian movement, of which the Rosicrucian Order, AMORC, is the most prominent modern representative, has its roots in the mystery traditions, philosophy, and myths of ancient Egypt dating back to approximately 1500 BCE. In antiquity the word ‘mystery’ referred to a special gnosis, a secret wisdom. Thousands of years ago in ancient Egypt select bodies or schools were formed to explore the mysteries of life and learn the secrets of this hidden wisdom… the renowned Sir Francis Bacon…directed the Rosicrucian Order and its activities both in England and on the continent… In the late seventeenth century, following a plan originally proposed by Francis Bacon in The New Atlantis, (Bacon’s book) a colony of Rosicrucian leaders was organized to establish the Rosicrucian arts and sciences in America. In 1694 Rosicrucian settlers made the perilous journey across the Atlantic Ocean in a specially chartered vessel, the Sarah Maria, under the leadership of Johannes Kelpius, master of a Rosicrucian Lodge in Europe. Landing in Philadelphia, the colonists established their first settlement and later moved further west in Pennsylvania to Ephrata. These Rosicrucian communities made valuable contributions to the newly emerging American culture in the fields of printing, philosophy, the sciences and arts. Later such eminent Americans as Benjamin Franklin, Thomas Jefferson, and Thomas Paine were intimately connected with the Rosicrucian community. In fact, many Rosicrucians played an important role in the great alchemical and social process leading to the founding of a new nation.” [https://www.rosicrucian.org/booklet-download ]

Pierre Teilhard de Chardin, a Jesuit priest, is often called “the father of the New Age Movement.” He took the idea of evolution into the arena of the spirit and taught a spiritual evolution of man becoming part of the cosmic Christ – that was the goal of spiritual development. In the book Encyclopedia of New Age Beliefs, authors John Ankerberg and John Weldon describe him.

“Teilhard de Chardin – perhaps the man most responsible for the spiritualization of evolution in a global and cosmic context – had mystical, occult experiences throughout his life and confessed, ‘Ever since my childhood an enigmatic force had been impelling me.’ De Chardin is one of the leading forces behind the New Age spiritual movement toward globalization.”

As established already, that ‘force’ that drove him along was Lucifer. Seeing God as just a ‘force’ has also been popularized by the Star Wars series and their often repeated slogan, “Let the force be with you.” Humanity has long been indoctrinated by the spirit of the age to accept the antichrist agenda of the New World Order. The entertainment industry is at the forefront of that social engineering, alongside the public education system where teachers are the change agents for the anticipated paradigm shift in the Aquarian Conspiracy.

The New World Order as viewed by Lucifer is probably best seen through the eyes of the most famous Satanists of all time: Aleister Crowley. In his book, The Book of the Law, he spells out what Lucifer really thinks of the human beings he has firmly in his corner.

“The Book of the Law was given to mankind chiefly in order to provide it with an impeccable principal of practical politics… We should have no compunction in utilizing the natural qualities of the bulk of mankind. We do not insist on trying to train sheep to hunt foxes or lecture on history; we look after their physical well being and enjoy their wool and mutton. In this way we shall have a contented class of slaves who will accept the conditions of existence as they really are, and enjoy life with the quiet wisdom of the cattle.” [http://revolutionharry.blogspot.com/2011/02/aleister-crowley-george-w-bush-911-and.html ]

That dumbing down of humanity looked like it was complete, and The Plan of the Ages about ready to unify the planet and launch the reign of Lucifer. All was in place until Donald J. Trump came into power. That threw the masters of the New World Order off their game – at least for a little while.